Hello! This is my solution to Planets fact site - Frontend Mentor. This is my second project build with React JS. This time I had the opportunity to try styled-components. It is a very powerful tool, but I believe it takes time to learn good practices and organize the code. Right now, I have the feeling that my styles are chaotic but I'm looking forward to correct it and use styled-components to its full potential. In order not to stick to design, I decided to recreate the animated solar system as the home page. Additionally, I added transitions while the subpage/route change.

Featured solution in Vol. 58 of the Frontend Mentor Newsletter.

Your challenge is to build out this 8-page planets fact site and get it looking as close to the design as possible.

You can use any tools you like to help you complete the challenge. So if you've got something you'd like to practice, feel free to give it a go.

If you choose to use a JS-heavy approach, we provide a local data.json file for the planets. This means you'll be able to pull the data from there instead of using the separate .html files.

Your users should be able to:

To run this project, clone it and install it locally using npm:

Use npm to build and compile assets in a local environment:

Watch assets for changes and rebuild your bundle each time you update a file with: 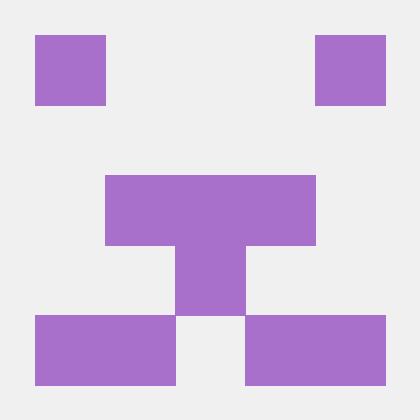 A superhero encyclopaedia made in React Native. Pulls from the SuperHeroAPI & ComicVine API

A superhero encyclopaedia made in React Native. Pulls from the SuperHeroAPI & ComicVine API

Kanmail - An email client that functions like a kanban board, for Mac/Windows/Docker

Kanmail - An email client that functions like a kanban board, for Mac/Windows/Docker

Simple, powerful online communities. This is the main monorepo codebase of Spectrum. Every single line of code that's not packaged into a reusable lib

Winamp 2 reimplemented for the browser

Webamp A reimplementation of Winamp 2.9 in HTML5 and JavaScript with full skin support. As seen on TechCrunch, Motherboard, Gizmodo, Hacker News (1, 2

A demo of a Shopify site using Astro and React.

A demo of a Shopify site using Astro and React.

mindows A minimal Operating System created with React. About This project provides a minimal Windows 10 experience in browser. It runs completely on c

Astro is a fresh but familiar approach to building websites.

Astro is a fresh but familiar approach to building websites. Astro combines decades of proven performance best practices with the DX improvements of the component-oriented era. Use your favorite JavaScript framework and automatically ship the bare-minimum amount of JavaScript—by default.

A Google Clone which built with ReactJS. You can click the demo and search whatever you want!

A Google Clone which built with ReactJS. You can click the demo and search whatever you want!

MyDrive MyDrive is an Open Source cloud file storage server (Similar To Google Drive). Host myDrive on your own server or trusted platform and then ac

This is a code repository for the corresponding video tutorial. In this video, we're going to build a fully functional eCommerce application using commerce.js.

🍞 Jam is your own open source Clubhouse for mini conferences, friends, communities

Jam ?? Jam is an open source alternative to Clubhouse, Twitter Spaces and similar audio spaces. With Jam you can create audio rooms that can be used f

Built with Expo, React Native, and GraphQL, Lexicon is a pre-built mobile discussions app that you can customize for your users.

Lexicon is a customizable, open source mobile app that provides an elegant mobile discussions experience. Built on top of Discourse, a platform for communities.

YouTube clone is a replica made by me from scratch of the well known online video sharing and social networking platform.

a replica made by me from scratch of the well known online video sharing and social networking platform.

A clone of Google Keep with its original Material Design aesthetics