A guide to building your own React stack, explaining options and tradeoffs along the way

React has a very rich ecosystem. For anything you want to do, there is probably a library or a framework available for it. That's great, but having too many options can also be very confusing. Do you want to start out simple or go for the ultimate because your app demands it? What's the right set of options for your specific use case?

This guide will help you build your own custom React stack, explaining key options and tradeoffs at each step.

Another advantage of this approach is that you will know exactly what's in your stack. When that new shiny technology comes along, you will be in a better position to slot it in.

For the purpose of this discussion, imagine that you want to write a movie streaming app - Movie Magic. The app should present the available movie titles and help users make a choice. It should also allow them to manage their subscriptions. Click here to test drive the final application. As you can see, it doesn't do much yet. However, this is good enough for the purpose of our discussion. Let's start by discussing our architecture choices.

The diagram below shows the key items that make up our tech stack, along with some options. Subsequent sections will discuss the pros & cons of each option. Note that the diagram is meant to be read bottom up - imagine that we are building a stack. For a really simple app, you can just create a single Git repo and call it a day. But what if you want to separate out reusable components into a library? Well, you can create a separate repo for it and put the compiled output in a binary repository (such as npm or Artifactory). See below. The app can pick up the library from the binary repository by adding a dependency to it. This is called a multi-repo set up (two repos in this case). Continuing this scenario, what happens when you have multiple applications and multiple libraries with complex dependencies on each other? Let's say we start adding a new repo for each application and each library. This is now starting to look ugly. Here are some issues with the multi-repo approach:

A solution that works better in such use cases is a monorepo.

Here's an example of taking the multiple repos in the above diagram and replacing them with a single repo: Here are the advantages of a monorepo:

You can build a monorepo manually by putting all your projects into one repo and figuring out a way to organize and build them. However, people generally use an off-the-shelf monorepo platform such as Lerna, Yarn Workspaces, npm Workspaces, Turborepo or Nx.

Turborepo is my favorite because it is less opinionated - it builds on top of npm or Yarn Workspaces. This approach allows me to integrate existing templates more easily into my monorepo. Each project has its own package.json file, making it easy to track why a particular dependency was added.

Nx, on the other hand, keeps the dependencies for all projects in a single giant package.json sitting at the root. This helps maintain a single version policy. However, this has its own pros & cons (you can google for opinions). Note that Nx can be used in a bare-bones way without using Nx plugins. In this mode, Nx simply builds on top of npm or Yarn Workspaces and becomes equivalent to Turborepo.

JavaScript is one of the most popular programming languages in the world. It has a huge community behind it and plenty of learning resources. For simple applications, it works really well. However, as the complexity increases it is easier to introduce bugs due to its weak type checking. If your application deals with complex data structures, it is better to switch over to TypeScript because of its static type checking. The TypeScript compiler will catch many mistakes that will simply slip by JavaScript. TypeScript is also great for defining conceptual models that are shared between backend and frontend teams.

For simple applications (say with 10-20 pages) you can probably get away with a Single Page App (SPA) where all the JavaScript is loaded in one shot and thereafter all rendering takes place client-side. The client makes HTTP requests to an API server to get any data it needs to render pages. This is called Client-Side Rendering (CSR). This is also how classic React works.

CSR is simple to develop and simple to deploy (only a static bundle needs to be deployed to your web server). It's perfect for simple applications. However, the downside is that the initial render is slow because the entire JavaScript has to be downloaded before rendering can happen. In technical terms, we have a slow First Contentful Paint (FCP) and a slow Time to Interactive (TTI). If you are building a marketing or eCommerce site your users may not have the patience to wait for the app to load. If that's the case, you should consider SSR.

In Server-Side Rendering, as the user navigates through the site, the browser makes requests to the web server to render individual pages. The web server must connect to the API server and get the data it needs to render pages. It needs to be smart to compose pages really fast and send them to the browser (unlike CSR, where the server simply sends a pre-built static bundle to the browser). This puts a lot more load on the web server. However, the advantage is that the browser sees its First Contentful Paint (FCP) really fast. The Time to Interactive (TTI) is still slow because interactions cannot start until the JavaScript is also sent to the browser (a process called hydration). That's the tradeoff.

Next.js and Remix are a two of the most popular Server-Side Rendering frameworks in the React ecosystem.

Given the options discussed above, I decided to build Movie Magic using three different stacks to illustrate the differences: Classic React, Next.js & Remix. The chart below shows the decisions made within each stack. Open browser windows at each of the following URLs to see the respective demo apps:

Note that the React app fetches mock data from MSW, whereas the other two apps fetch real data from the movie-magic-api.

Note: Do not run npm install in any of the subdirectories. It will break the build. There should be only one package-lock.json file in the entire repo (at the root).

To build all apps and packages, run the following command:

Removes all build artifacts and performs a clean build.

For an "aggressive" clean build, add one more step as shown below. This wil build the lock file from scratch. 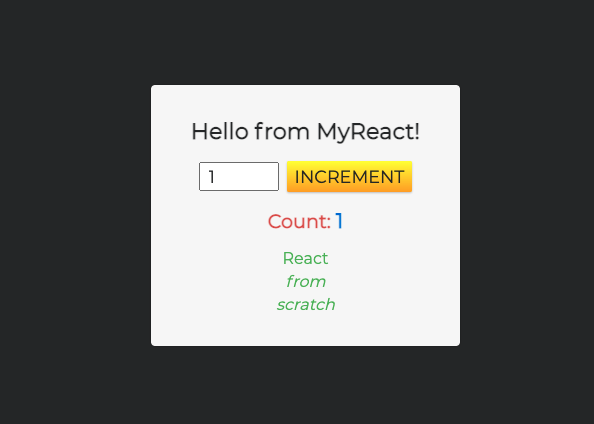 This tutorial to guide you how to add react.js into shopify normal theme

Integrate-react.js-into-shopify-theme Tutorial to integrate the react.js into shopify theme https://prnt.sc/1w0rgx0 Step note: you have to run theme w

TSDX React w/ Storybook User Guide Congrats! You just saved yourself hours of work by bootstrapping this project with TSDX. Let’s get you oriented wit Context API is a mechanism for managing state. It allows you to transfer data across the component tree without having to manually feed data down each level. It prevents props from driling.

Jed Saylor minting dapp is a quick and easy way to connect your smart contract and start minting NFTs.

Welcome to Jed Saylor 👾 All the code in these repos was created and explained by Jed Saylor on his course. To find help please visit: 📺 Instagram Je 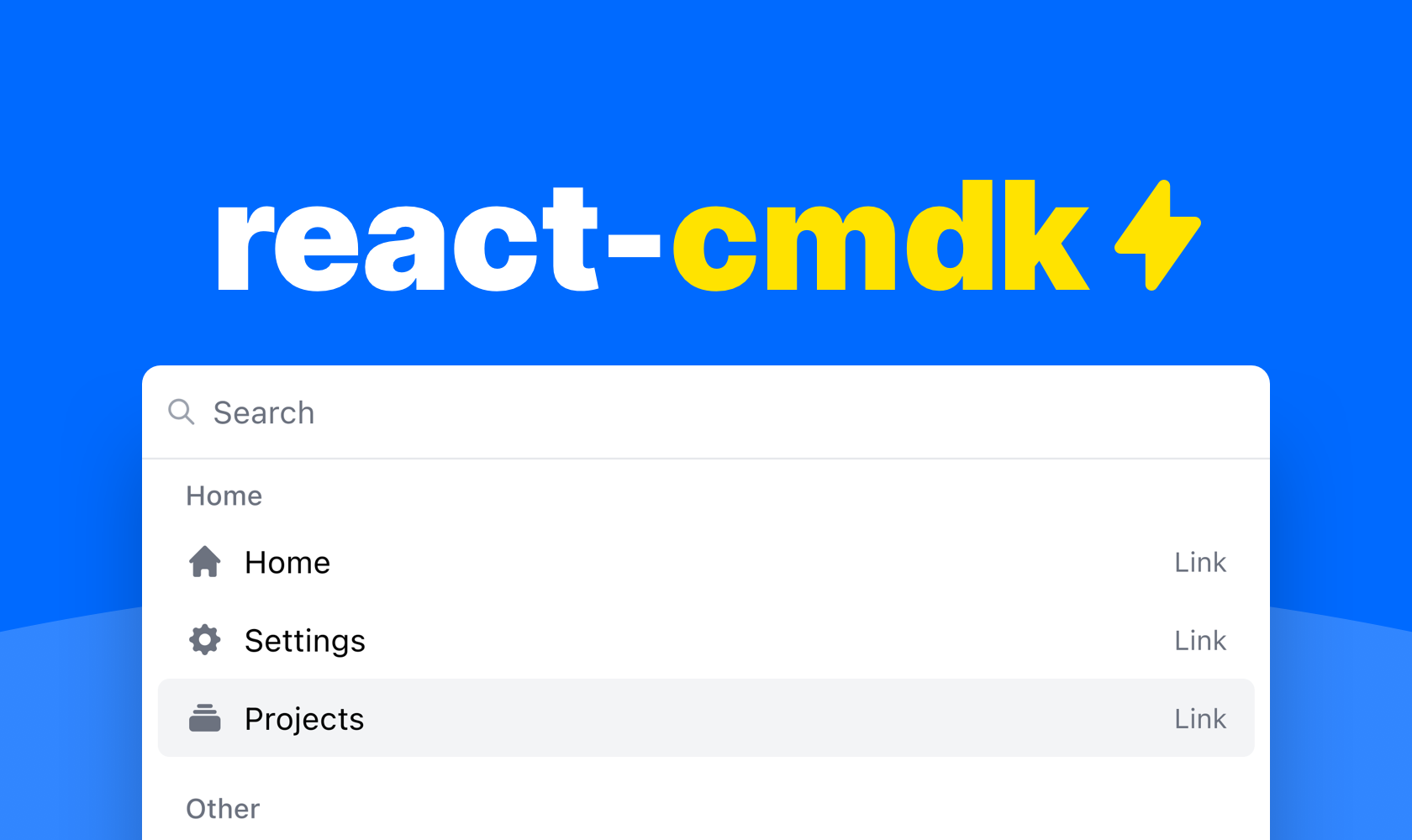 🔍 A package with components for building your dream command palette for your web application.

?? useWallet() useWallet() allows dapp users to connect to the provider of their choice in a way that is as straightforward as possible. It provides a

Node.js library for building systematic trading strategies in reactive way. Use the power of TypeScript and Reactive Programming to research, develop

This Project is a fork of Ethereum Boilerplate and demonstrates how you can build your own NFT Rarity Ranker.

This Project is a fork of Ethereum Boilerplate and demonstrates how you can build your own NFT Rarity Ranker.

Write your own version of React. Why? Because you CAN!

Write your own version of React. Why? Because you CAN!

How to mint your own NFT token with react

Mint your own basic off chain NFT Description This project teaches you how to mint your own NFT token. Here are some important packages that we will b

my-watchlist is a web application for creating your own watchlist.

my-watchlist is a web application for creating your own watchlist. The website tracks your created watchlist, so that you can comeback anytime and pick from where you left.