⭐ A non-SSR React starter with TypeScript / No Redux repo with the aim to implement scalable gold star standards from the get go!

Pop the kettle on, all the boilerplate is sorted!

A React starter repo with the aim to implement "scalable gold star" standards from the get go giving some examples with a couple of screens.

This hopefully exists as a "living document" in the sense that as popular patterns change and packages update, this starter app will also update.

To be honest it exists to fill that gap when you want to start a new side project / hobby project where you have that cracking idea but you say: "I really can't be bothered setting everything up and putting boilerplate in... "

Unlike the React Native starter kit (see here) with this being a React Web App there's no extra boilerplate other than having npm/yarn installed. It's built on top of Create React App (CRA) and you can find more here: https://create-react-app.dev/

This starter will setup you up with a project has:

In the future maybe?

These are the ones that I've found help with the dev workflow - you might equally find them not so helpful.

Lets address the React elephants in the room

Let's address the CSS-in-JS elephant in the room Implement Mini-React in 400 lines of code, a minimal model with asynchronous interruptible updates. 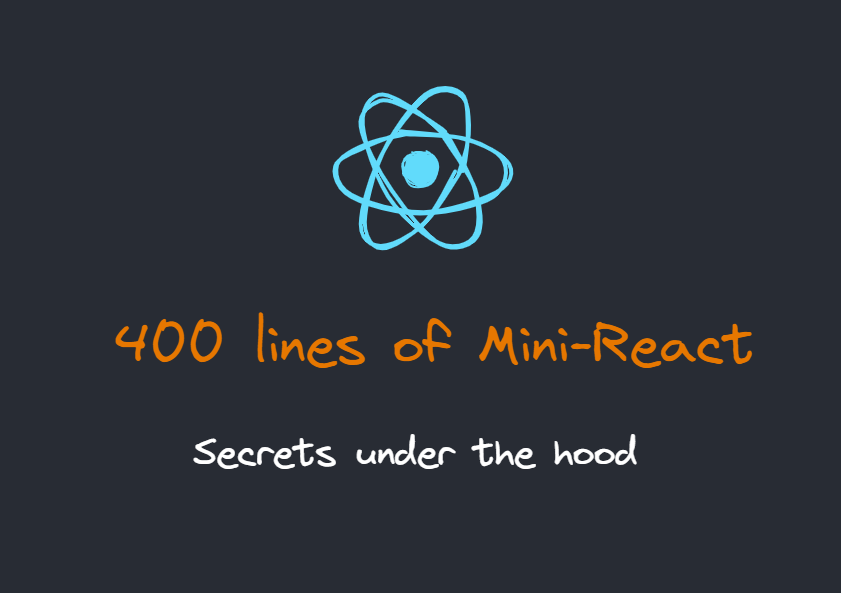 AuthBee: a NPM package to implement authentication logic for the front end of your JavaScript project

Just made this repo to test firebase with my react app.

Firebase Setup Deployment Status Just created this repo because I tend to forget the steps to add firebase to my projects. Steps Go to Firebase home p

The repo shows how to connect your React app to StarkNet 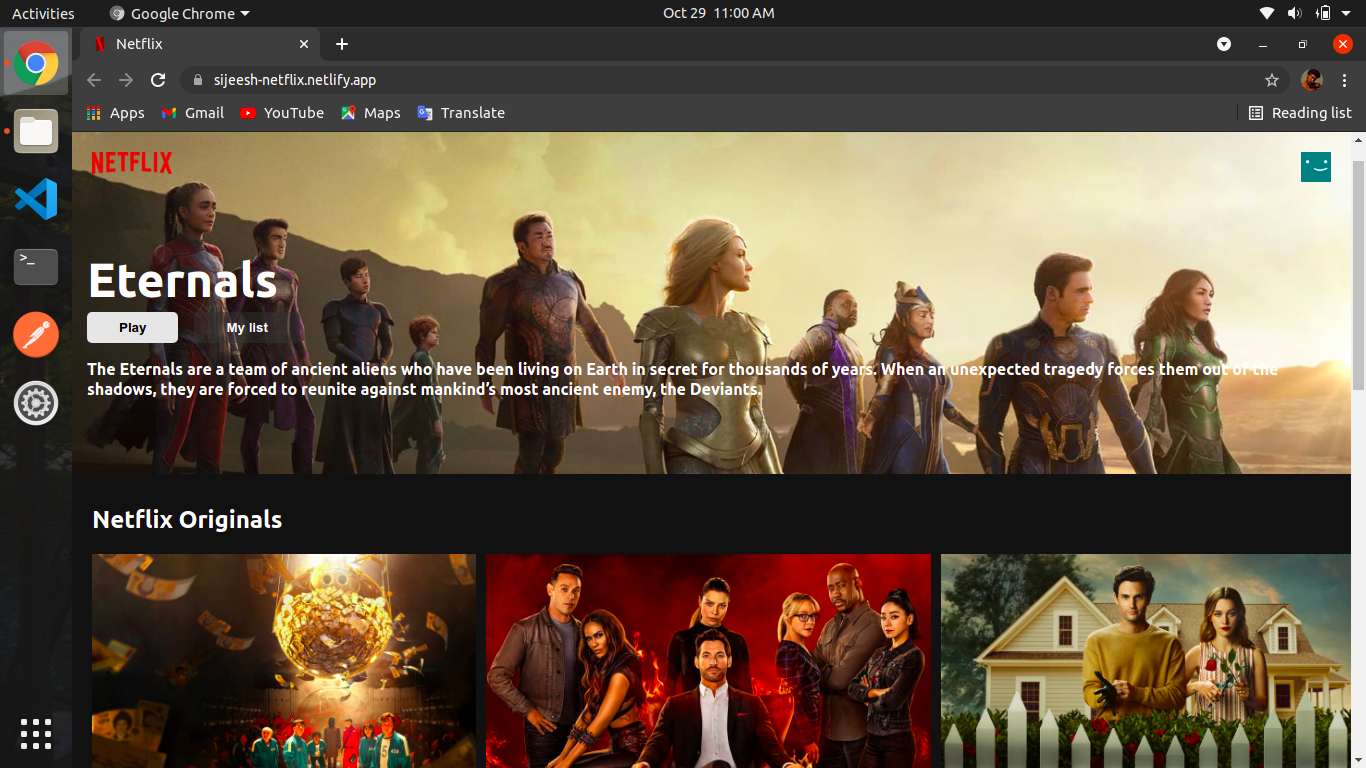 Netflix Clone React js This project is a simplified front end clone of Netflix. It was created with React.js and CSS,It uses the famous Javascript lib

Star Wars Star Wars is a React App that's consumes an external Star Wars' API. Installation First, download the zip or clone this repository into your

Gold news is a free news website where you can access any news around the world. This project is made with react Gold news is a free news website where you can access any news around the world. This project is made with react

A full-stack clone of the incredible Apple Music online streaming platform, with an aim to re-create it's core features, seamless design, and excellent user experience.

Appo Music About Appo Music is a full-stack clone of the incredible Apple Music online streaming platform, with an aim to re-create it's core features 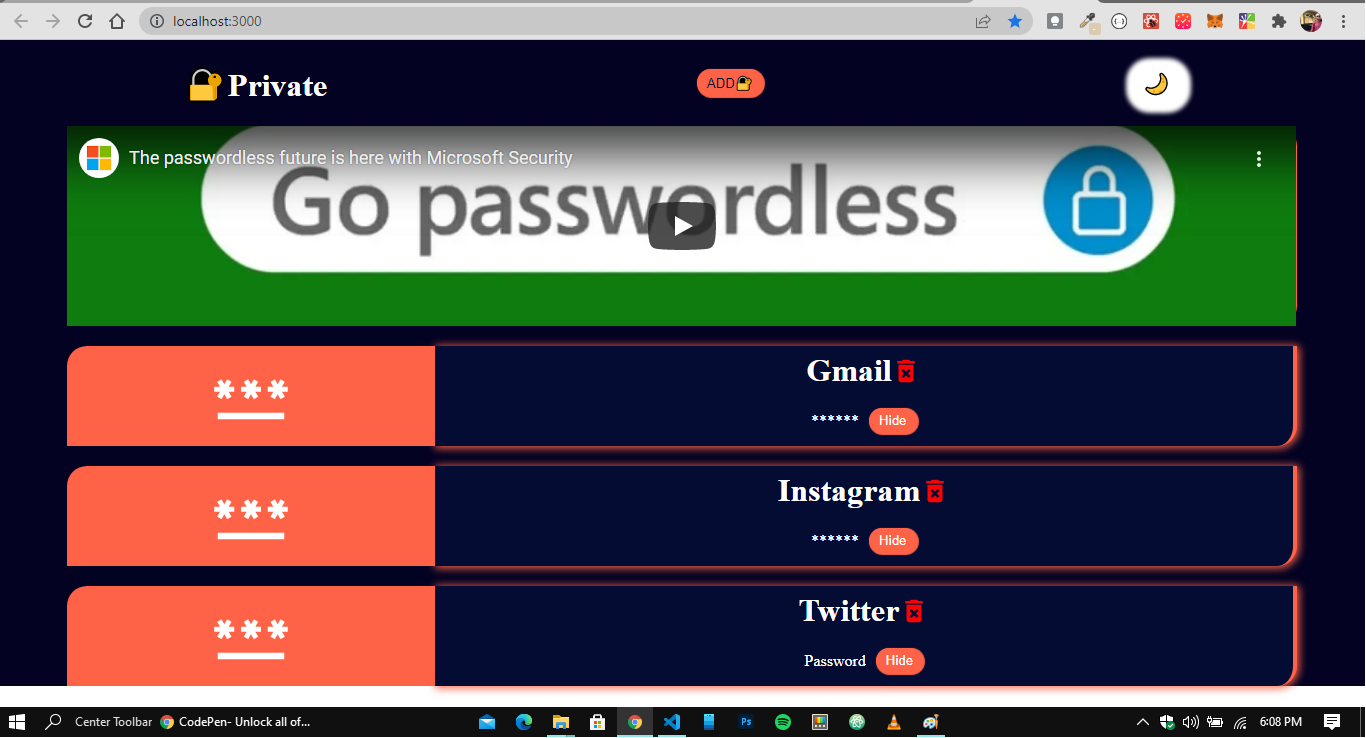 A Password saver app that saves all of your social and non social accounts secure please give it a star ?? This project was created Using Reactjs, and

HackViolet22 - A single platform for women empowerment, that helps them get jobs, get them connected to amazing mentors and exclusive forum for discussion 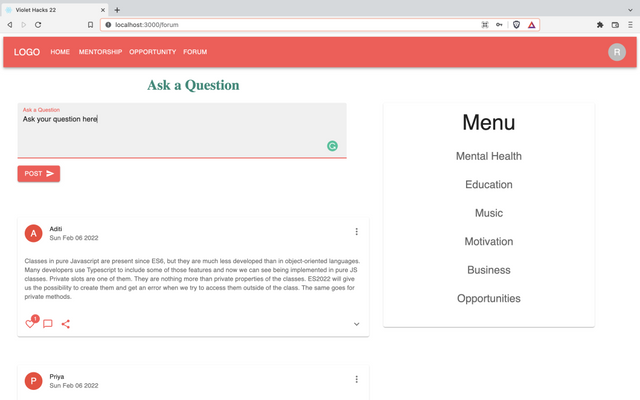 She Forum Project: https://devpost.com/software/womenly Test login (as a user) E

a simple implement of react redux, redux-thunk with hexagonal architecture 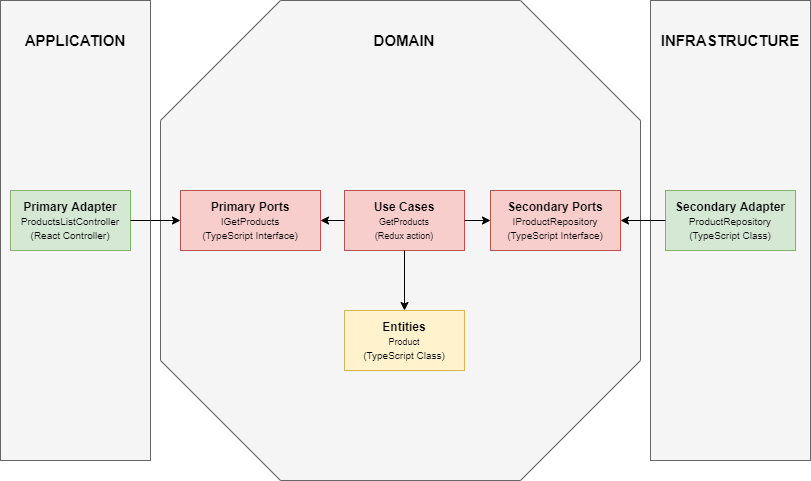 A lightweight open source alternative to linktree, complete with Docker container that hosts your web server and code. Written in ReactJS SSR. 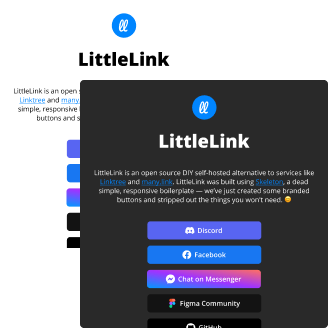 ?? LittleLink-Server This project is based on the great work from littlelink It takes the same simple approach to a link page and hosts it within a No 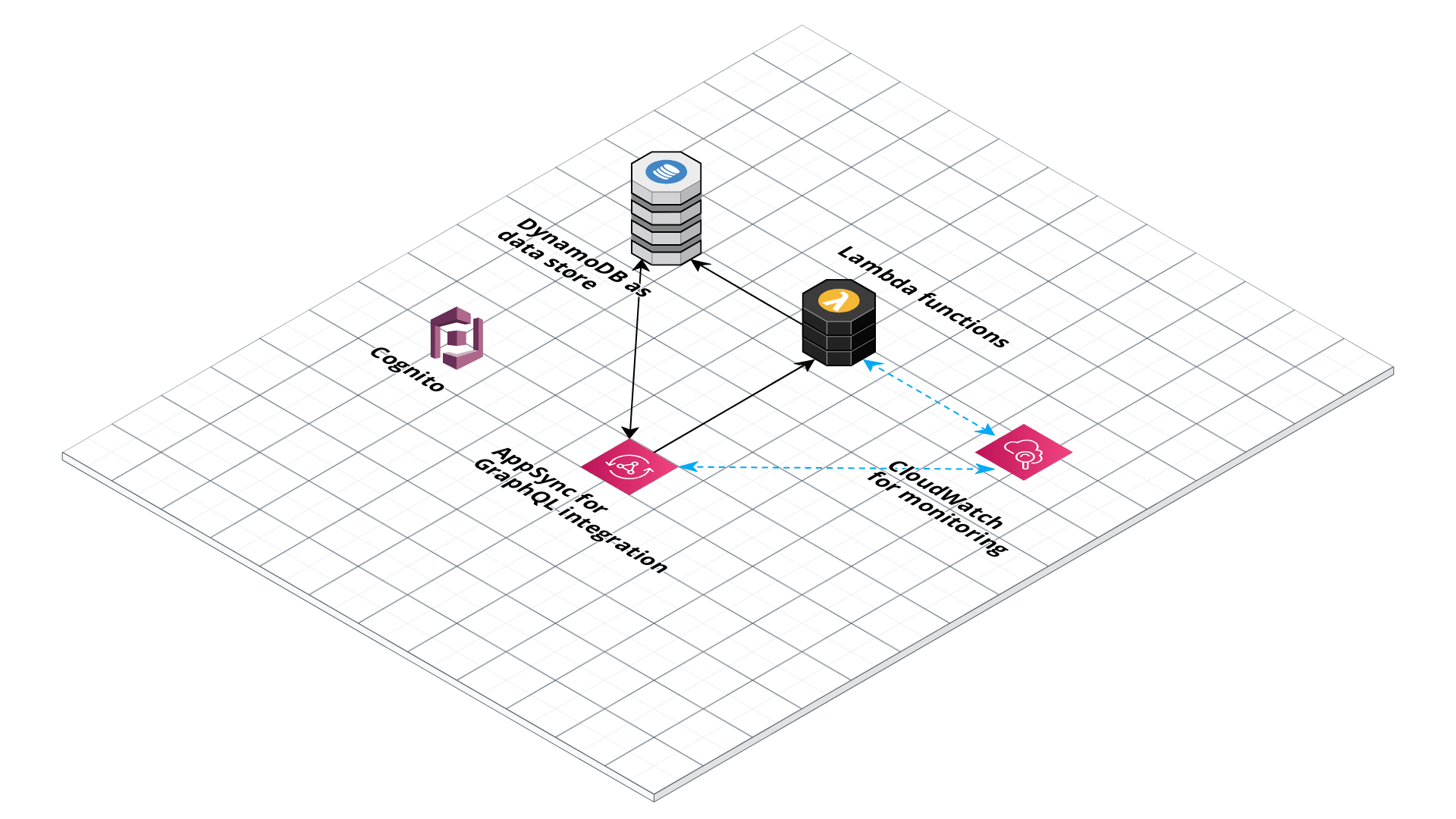