A React Hook for Sound Effects

This library only works with React DOM, but @remigallego created an alternative for React Native! Check out react-native-use-sound.

I don't have the bandwidth right now to look into edge-case issues or help troubleshoot, but I plan on keeping it up-to-date with major React releases, and fixing issues that are both serious and common.

If you have ideas for features, or run into strange quirks, I thoroughly recommend forking the project and making it your own! It might seem intimidating, but the source isn't as complex as many other NPM packages; I defer all the hard audio work to Howler). If you've been using React for a while and are comfortable with hooks, you should feel right at home with this package's code.

Package can be added using yarn:

The tutorial includes many demos, as well as instructions for finding and preparing sound effects. It's a great place to start.

You can also view the storybook, which includes lots of quick examples.

This demo only plays the sound while hovering over an element. The sound pauses when the mouse leaves the element:

NOTE: Many browsers disable sounds until the user has clicked somewhere on the page. If you're not hearing anything with this example, try clicking anywhere and trying again.

With the playbackRate option, you can change the speed/pitch of the sample. This example plays a sound and makes it 10% faster each time:

useSound requires a path to an audio file, and it isn't obvious how to provide one in a React application.

Using create-react-app, you can "import" an MP3 file. It will resolve to a dynamically-generated path:

If you try to pull this trick in another React build system like Next.js, you may get an error like this:

You may need an appropriate loader to handle this file type, currently no loaders are configured to process this file.

The problem is that Webpack (the bundler used under-the-hood to generate JS bundles) doesn't know how to process an MP3 file.

If you have access to the Webpack config, you can update it to use file-loader, which will create a dynamic, publicly-accessible path to the file.

Alternatively, most tools will give you a "public" (create-react-app, Next.js) or a "static" (Gatsby) folder. You can drop your audio files in there, and then use a string path:

The sound files you'll use with use-sound follow the same rules as other static assets like images or fonts. Follow the guides for your meta-framework of choice:

No sounds immediately after load

For the user's sake, browsers don't allow websites to produce sound until the user has interacted with them (eg. by clicking on something). No sound will be produced until the user clicks, taps, or triggers something.

useSound takes advantage of this: because we know that sounds won't be needed immediately on-load, we can lazy-load a third-party dependency.

useSound will add about 1kb gzip to your bundle, and will asynchronously fetch an additional package after load, which clocks in around 9kb gzip.

If the user does happen to click with something that makes noise before this dependency has been loaded and fetched, it will be a no-op (everything will still work, but no sound effect will play). In my experience this is exceedingly rare.

Consider the following snippet of code:

playbackRate doesn't just serve as an initial value for the sound effect. If playbackRate changes, the sound will immediately begin playing at a new rate. This is true for all options passed to the useSound hook.

It produces an array with two values:

When calling the function to play the sound, you can pass it a set of options (PlayOptions).

Let's go through each of these in turn.

When calling useSound, you can pass it a variety of options:

[delegated] refers to the fact that any additional argument you pass in HookOptions will be forwarded to the Howl constructor. See "Escape hatches" below for more information.

When calling the hook, you get back a play function as the first item in the tuple:

You can call this function without any arguments when you want to trigger the sound. You can also call it with a PlayOptions object:

The hook produces a tuple with 2 options, the play function and an ExposedData object:

An audio sprite is a single audio file that holds multiple samples. Instead of loading many individual sounds, you can load a single file and slice it up into multiple sections which can be triggered independently.

There can be a performance benefit to this, since it's less parallel network requests, but it can also be worth doing this if a single component needs multiple samples. See the Drum Machine story for an example.

For sprites, we'll need to define a SpriteMap. It looks like this:

SpriteMap is an object. The keys are the ids for individual sounds. The value is a tuple (array of fixed length) with 2 items:

We can pass our SpriteMap as one of our HookOptions:

To play a specific sprite, we'll pass its id when calling the play function:

Howler is a very powerful library, and we've only exposed a tiny slice of what it can do in useSound. We expose two escape hatches to give you more control.

First, any unrecognized option you pass to HookOptions will be delegated to Howl. You can see the full list of options in the Howler docs. Here's an example of how we can use onend to fire a function when our sound stops playing:

If you need more control, you should be able to use the sound object directly, which is an instance of Howler.

For example: Howler exposes a fade method, which lets you fade a sound in or out. You can call this method directly on the sound object:

?? Playing with Html5 Video API LIVE DEMO This project was bootstrapped with Create React App. Below you will find some information on how to perform

A mobile app for playing music on Resonate, an open source music streaming co-op. Built with TypeScript and React Native.

ReactConf.TV is a place where passionate React developers are able to search & watch organized and up-to-date react conference videos

React components that makes it easier to use LiveKit in a React app.

LiveKit React Component Library This package provides React components that makes it easier to use LiveKit in a React app. Install npm install --save

video-react Video.React is a web video player built from the ground up for an HTML5 world using React library. Installation Install video-react and pe 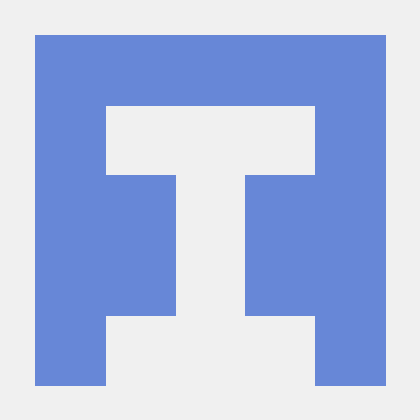 a collection of simple demos of React.js

This is a collection of simple demos of React.js. These demos are purposely written in a simple and clear style. You will find no difficulty in following them to learn the powerful library.