This app is deployed with Heroku and can be accessed here: https://sortingg-visualizer.herokuapp.com/.

I wanted to improve my skills with React and also learn classic sorting algorithms. This project turned out to be a great way to achieve both of the aforementioned objectives at the same time.

If you wish to run this app locally, clone this repo and install the dependencies.

The design of the app was largely inspired by Google's Material Design Guidelines.

The app is responsive, meaning it works across a variety of screen sizes and dimensions. The app has a switch for turning on dark mode. A Simple Charts Built With React

React-charts Please change the Label manually for now from: while (counter = js

🕸 reagraph WebGL Network Graphs for React Reagraph is a high-performance network graph visualization built in WebGL for React. If you are looking for

d3 wrapper for casual data visualization Status v0.1.0 (alpha release), the npm package is available. The static bundle file is not supplied at now. I

Chartify React.js plugin for building charts using CSS. Demo The source for this module is in the main repo. Example app is here. Backend service for

Chartify React.js plugin for building charts using CSS. Demo The source for this module is in the main repo. Example app is here. Backend service for

A simple component to render a sparkline with D3 using react-faux-dom.

d3-react-sparkline A simple component to render a sparkline with D3 using react-faux-dom. Usage If you're working on this repository you can use make 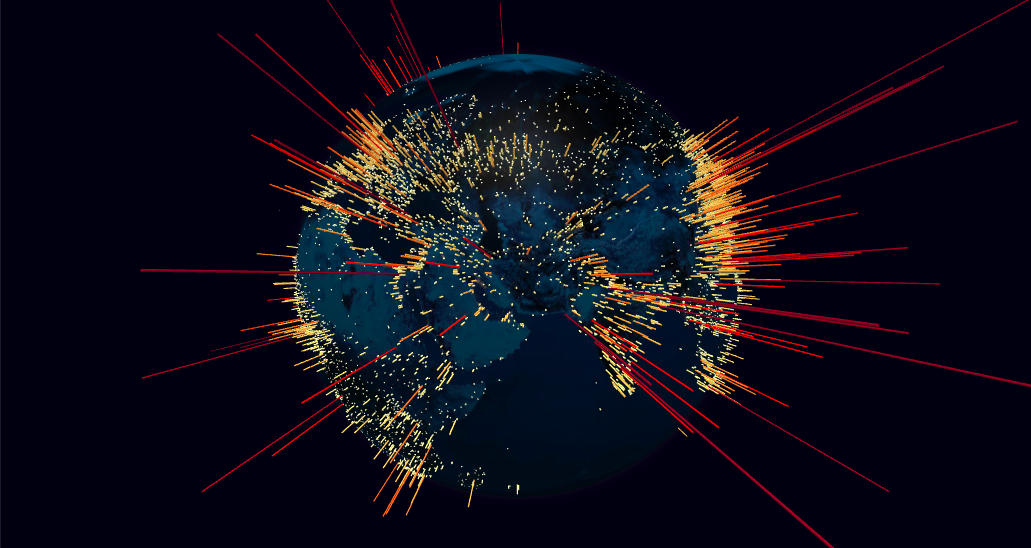 react-globe.gl React bindings for the globe.gl UI component. A React component to represent data visualization layers on a 3-dimensional globe in a sp 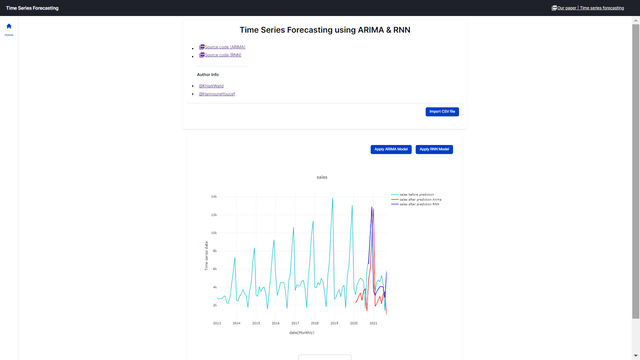 ShopScrap Don't let the name fool you, I'm not shopping for scrap, I'm rather scraping shops here ?? This is a side project of mine, written entirely 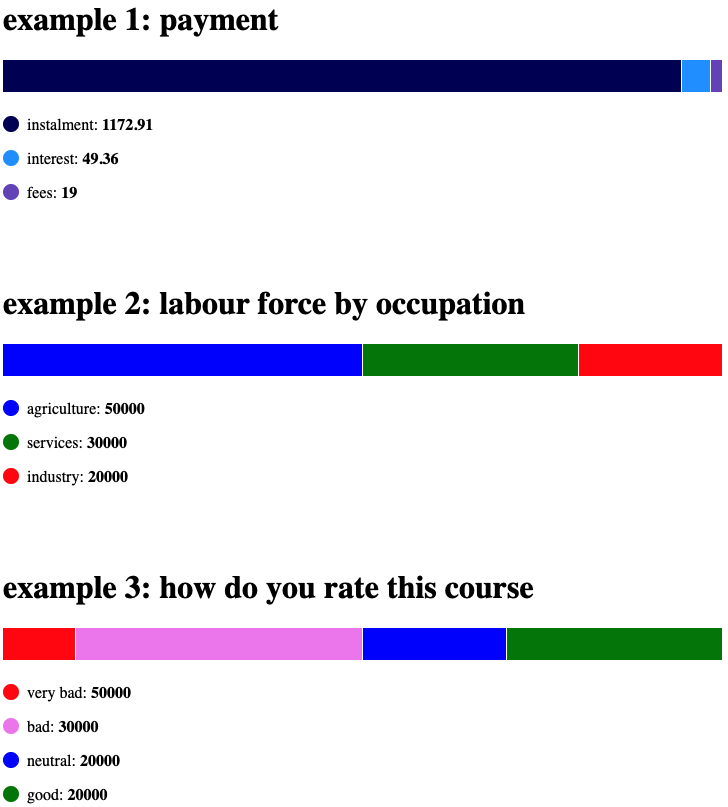 ui-percentage-bar A lightweight, simple-to-use horizontal bar graph web component. Pass in the data array, with the value number and color of your cho

Recharts Introduction Recharts is a Redefined chart library built with React and D3. The main purpose of this library is to help you to write charts i

nivo provides a rich set of dataviz components, built on top of the awesome d3 and Reactjs libraries

It makes easy to publish networks on Web pages and allows developers to integrate network exploration in rich Web applications. Use JSX for graph conf