A library of high-quality primitives that extend SolidJS reactivity.

A project that strives to develop high-quality, community contributed Solid primitives. All utilities are well tested and continuously maintained. Every contribution to the repository is checked for quality and maintained to the highest degree of excellence. The ultimate goal is to extend Solid's primary and secondary primitives with a set of tertiary primitives.

While Solid Primitives is not officially maintained by the SolidJS Core Team, it is managed by members of the SolidJS core and ecosystem teams. This separation allows the core library to iterate independently while allowing Solid Primitives to remain in-sync with future plans.

The goal of Solid Primitives is to wrap client and server side functionality to provide a fully reactive API layer. Ultimately the more rooted our tertiary primitives are, the more they act as foundation within Solid's base ecosystem. With well built and re-used foundations, the smaller (aggregate tree-shaking benefits), more concise (readability) and stable (consistent and managed testing + maintenance) applications can be overall.

Solid Primitives strives to provide idiomatic Solid principles but also allow room for innovation and experimentation. In a growing community many opinions and patterns merge together to produce a de facto standard. Managing opinions and expectations can be difficult. As a result, in November 2021 Solid Primitives implemented a ratification/approval tracking process roughly modelled on TC39 Proposal Stage Process. The following summarizes these stages briefly:

Any primitive Stage 0-1 should be used with caution and with the understanding that the design or implementation may change. Beyond Stage 2 we make an effort to mitigate changes. If a primitive reaches Stage 2 it's likely to remain an official package with additional approvement until fully accepted and shipped.

Other frameworks have large and extremely well established ecosystems. Notably React which has a vast array of component and hooks. The amount of choice within the ecosystem is great but often these tools are built as one-offs resulting in often un-tested logic or are designed with narrow needs. Over time the less concise these building blocks are the more they tend to repeat themselves. Our goal with Primitives is to bring the community together to contribute, evolve and utilize a powerful centralize primitive foundation.

Each primitive is designed with composition in mind. A major rule in designing our primitives is deciding that the interface of primitives should be composable or segmented. For this reason every API is intricately studied and considered to be composed (stacked with features) or decomposed into smaller units. Designing our primitives in this manner allows for better tree-shaking and extendable complexity only as needed. You should only ship what you have to by picking from existing primitives as your foundational building blocks.

Much of the design decisions in naming are best described in the 7 Lessons to Outlive React talk by swyx. We strive to follow a similar design pattern promoted by the React core team.

Solid uses the create prefix to define a primitive that provides reactive utility. Solid Primitives reinforces this pattern but in an effort to enhance composability we have also introduced the make prefix for identifying non-reactive foundation primitives. Having a non-reactive alternative means that the primitive does the bare essentials such as cleaning up events or interupting a process. ie. makeTimer will create and clean-up the scheduler, providing only a clear method. createTimer provides a properly reactive primitive that composes it.

Solid Primitives is mostly about supplying 80-90% of the common-use cases for the end-user. We prefer to be less prescriptive than other hook libraries such as VueUse and supply granular solutions as opposed to monolithic primitives. The remaining 10-20% of complex use cases are likely not to be covered with this library. This is on purpose to limit the potential of bloat and extended complexity. This project strives to provide foundations and not cumulative solutions. We expect the broader ecosystem will fill the remaining need as further composition to this projects effort. This allows for just the right amount of prescription and opinion.

Solid Primitives is a large and growing project and the way we manage and release updates has been setup to suit the projects scope. The approach we've taken with organizing our packages and npm releases is more granular than other projects such as VueUse which ship all updates in a single release.

There are a number of benefits to this including small download sizes, reducing bloat and not shipping experimental/unnecessary primitives that users don't need or want locally. This does mean a bit more effort to install precisely what you need. As a team we've decided that this tradeoff is beneficial and valuable.

Available node scripts for managing packages and creating new ones:

A template for seamlessly creating a SolidJS library with TypeScript

Micro Frontends with Astro This is a demo of a SolidJS and React mixed micro-frontend application using Astro as the base MPA framework. You can view

Tools for class-based reactivity powered by Solid.js, and for using classes as Solid components

A Frontend boilerplate for High productivity 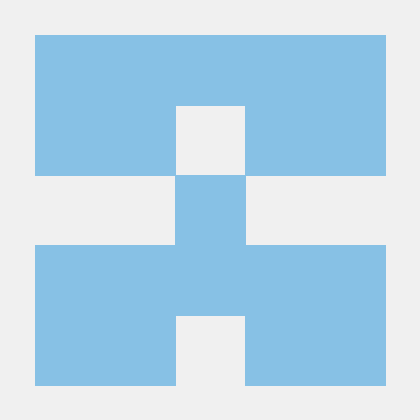 Template to create reactjs component library which will help you to create your dream library.

reactjs-library-template Template to create reactjs component library which will help you to create your dream library. How to use Commands to setup e 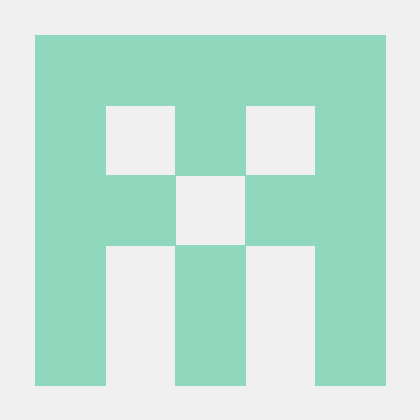 A library to help you prototype React apps faster

Substantiate A library to help you prototype React apps faster. It is a standard React reducer with four extra properties: Takes a query function. Thi

Creates a Module Federation applcation, API server, or library based on one of multiple different templates.

create-mf-app Creates a Module Federation applcation, API server, or library based on one of multiple different templates. npx create-mf-app These pr

Next.js 12 Complete Boilerplate This is a readme from next.js 12 complete boilerplate. Table of Contents Just to make your dev experience more simple

The UI library for web3

web3-ui In Development ??️ A library of UI components specifically crafted for web3 use cases. The Motive The RFC RFC: web3-ui (a web3-specific UI lib

A collection of testing recipes for React Testing Library