There also is a classic solo mode with a leaderboard.

Everything is in real time thanks to socket.io.

The code is entirely unit tested with jest. The project must be written totally in Javascript and especially in its es2015 (ES6) version.

The client code (browser) must be written without a call to "this" in the purpose of pushing you to use functional constructs and not object. You have the choice of the functional library (lodash, ramda, ...) to use it or not.

The handling logic of the heap and pieces must be implemented as "pure functions". An exception to this rule: "this" can be used to define its own subclasses of "Error". On the opposite, the server code must use object-oriented programming (prototype). We want to find there at least the (ES6) Player, Piece and Game classes.

The client application must be built from the React and Redux libraries.

HTML code must not use TABLE elements, but must be built exclusively from a layout flexbox.

There is no need to directly manipulate the DOM.

After Cloned the repo you must install the packages with the command:

Then you can run the server && client with the command:

To see the test coverage, run:

Said MOUNAIM To view a live example, click here. Getting Started These instructi

A terminal style/styled portfolio website made with 3 using react.

I had cloned my Instagram profile UI using ReactJS.

Whirlwind is a utility-first styling framework specifically designed for React Native. It is heavily inspired by Tachyons and Tailwind CSS and uses low-level building blocks for rapidly building custom designs.

tsstyled React visual primitives with first-class TypeScript support and a tiny footprint. TL;DR: This library is a styled-components rewrite that is

react-native-swag-styles Dynamic Styles for React Native and Expo Web Highlights Dynamic. Based on React Hook. It automatically re-renders when necess

CSS Maid 🧹 A tool made for React.js to clean up CSS default styling! Give your CSS a nice reset and style with less hassle!

CSS Maid 🧹 What is it? CSS Maid is a tool for React.js that helps clean up & reset default css! It resets default padding, remove text-decoration on

This repository allows you to create a React template component folder. It optionally includes scss and css files

Generate-React-Components - grc grc let you generate react components in typescript in a folder you specify and it will include .tsx, .scss, .css file

A react component available on npm to easily link to your project on github and is made using React, TypeScript and styled-components.

fork-me-corner is a react component available on npm to easily link to your project on github and is made using React, TypeScript and styled-components.

The 15-puzzle is a sliding puzzle that consists of a frame of numbered square tiles in random order with one tile missing, built in react

15 Puzzle My first Game using React.js This is a classic 15-puzzle. To play you first scramble the tiles and then try to put them back in order. To mo

React Split Flap Display A React component that mimics a Split-Flap/Solari display, cos I like Solari boards & wanted to practice creating NPM modules

A tool for creating ratio-based style systems built in React. Rational Design is a tool for generating type-scales for greater consistency in design systems or web design projects. It’s built with React Hooks, SCSS, Webpack, and npm scripts, and is fully responsive. 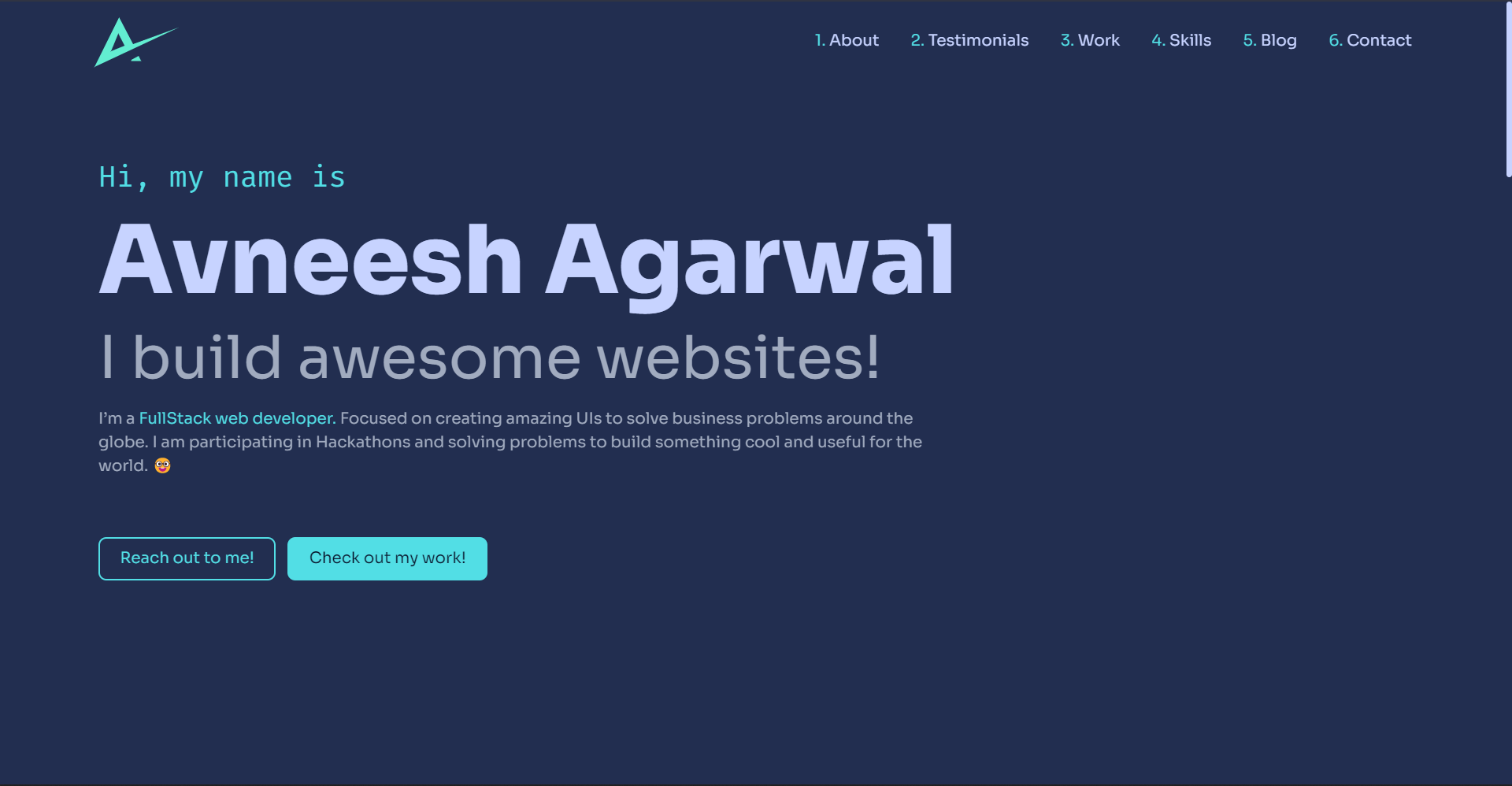 Welcome to a Portfolio Template ?? This is Avneesh's portfolio, feel free to use it and contribute to it ?? Homepage ✨ Demo Using the template To use

Imersão React.js 3º edição. Project using ReactJS, Next JS, and Styled Components for the week challenge by Alura. We created a social network inspired by Orkut.

Example app with styled-components This example features how you use a different styling solution than styled-jsx that also supports universal styles.

This example shows how to use Tailwind CSS (v2.2) with Next.js. It follows the steps outlined in the official Tailwind docs.

Style your React components with simplicity using css inside your comments.

Style your React components with simplicity using css inside your comments.