This repository is a monorepo that we manage using Lerna. That means that we actually publish several packages to npm from the same codebase, including:

Detailed release notes for a given version can be found on our releases page.

For change notes prior to version 4, please see the CHANGES.md file.

You may provide financial support for this project by donating via Open Collective, attending one of our workshops, or purchasing one of our online courses. Thank you for your support!

react-router is developed and maintained by React Training and many amazing contributors. If you're interested in learning more about what React can do for your company, please get in touch!

A simple, declarative, and composable way to fetch data for React components

:fire: A highly scalable, offline-first foundation with the best developer experience and a focus on performance and best practices.

Start your next react project in seconds A highly scalable, offline-first foundation with the best DX and a focus on performance and best practices Cr

Relay is a JavaScript framework for building data-driven React applications.

A Foundation for Scalable Cross-Platform Apps

mobx-react ?? ?? ?? This repo has been moved to mobx Package with React component wrapper for combining React with MobX. Exports the observer decorato

Seamless mapping of class names to CSS modules inside of React components.

Set up a modern web app by running one command.

Create React App Create React apps with no build configuration. Creating an App – How to create a new app. User Guide – How to develop apps bootstrapp

A toolkit for React, Preact, Inferno & vanilla JS apps, React libraries and other npm modules for the web, with no configuration (until you need it)

Yeoman generator for ReactJS and Webpack

generator-react-webpack Yeoman generator for ReactJS - lets you quickly set up a project including karma test runner and Webpack module system. About 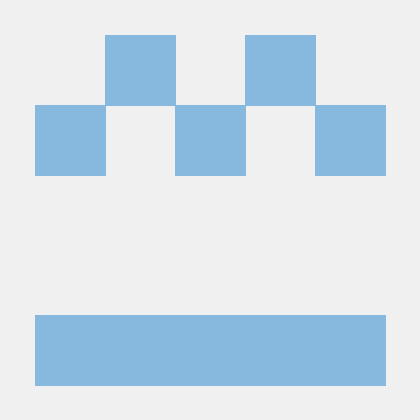 You build great forms, but do you know HOW users use your forms? Find out with Form Nerd! Professional analytics from the creator of React Final Form.

React Apollo ⚠️ THIS PROJECT HAS BEEN DEPRECATED ⚠️ Please note that 4.0.0 is the final version of all React Apollo packages. React Apollo functionali

alt Check out the API Reference for full in-depth docs. For a high-level walk-through on flux, take a look at the Getting Started guide. What follows